Where does lord Vishnu lives?

Where does lord Vishnu lives? 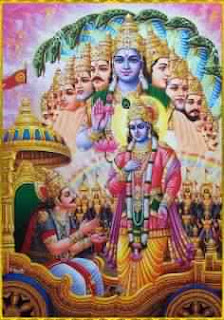 God Shri Krishna lives in spiritual sky called Golok Vrindavan. We have to chant holy names of God in the form of Hare Krishna maha mantra to reach there after our death.

The ultimate goal of each living entity is to Know Supreme Personality of Godhead Shri Krishna.

Respected obeisances unto my spiritual master and God Shri Krishna.

Popular posts from this blog

PURE CONSCIOUSNESS Here God Krishna is saying to Arjuna that to be in pure transcendental consciousness, a person must give up all the varieties of sense gratifications which arise from engagement of senses as per urges of satisfaction of gratifications on the direction of mind which is not stable, fickle and wandering here and there and which is the friend and enemy of a person.  Mind is our friend if we can control it and mind is our enemy if we allow ourselves to be controlled by it. These urges for the satisfaction of material sense gratification arise because of the tendency of mental concoction in us which make us believe something which is not true.  It is just like if we add different ingredients in a new way to make some new meal. Our mind creates mental concoction as it picks some part of the story from somewhere and remaining parts from some other stories and presents a new picture in front of us which appears to be astonishing but in reality, the new picture is far fr
Read more 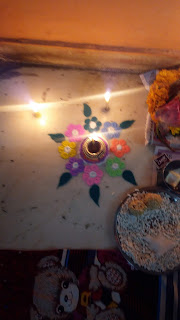 Pious Manners  There is a chain of events to reach soul happiness. It starts from good thoughts and good thoughts lead to good manners and it leads to the pious mind and which leads to soul happiness.  It is in the company of Saints/sages/good people that we generate or inculcate good thoughts. A good company is the requisite for self-realization. The biggest  hindrance to self-realization is arrogance and pride. Humility is the most important factor for self-realization. The way you thought the way you work. Keep your thought pure to do goods actions which leads to good habits or manners. Thoughts engrossed in material things leads to unhappiness. Godly thoughts are our real Saviours. Bad thoughts are like seeds of thorn yielding plants. Keep a vigil on the three main sense organs such as eyes, mouth, ear. Engage these sense organs in devotion to God or else they will drag you down to hell. Whatever we hear, see, or speak has a tremendous effect on our mind and consciousness. Engage e
Read more 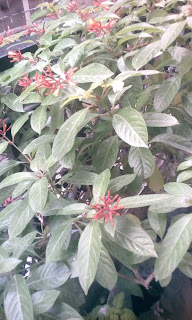 Last thought " Engage your mind always in thinking of Me, become My devotee, offer obeisances to Me and worship me. Being completely absorbed in Me, surely you will come to Me". Text 34 Chapter 9 from book Bhagavad-Gita as it is.  Brahman is non-destructive and exists eternally without any change. Karma creates the material bodies of living entities. Karma forces us to take a new body after our death. It may be a body of human, bird, animal, or any demigod depending on the consciousness in which we left our last breath. We keep the remembrance of God in our entire life so that at the last moment of our life, we should not miss the chance to go back to where we belong and that is the abode of the home of our God.  " And whoever, at the end of his life, quits his body remembering Me alone at once attains My nature. Of this there is no doubt". Text no. 5 Chapter 9 from book Bhagavad-Gita as it is. Hear, remember, chant holy name of God is   three pillars of our life of
Read more