Showing posts with the label Transcendental words
Show All 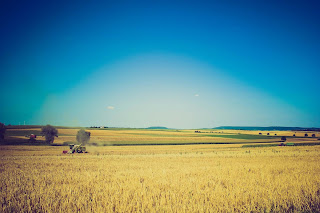 OM TAT SAT During the year 2000, in the winter month of February, I visited a temple close to my home. Before entering the temple, my eyes get fixed on the big stone engravings on the topmost portion of the entrance gate of the temple and three words were written there, OM TAT SAT. I started wondering, what does it mean? Several years later, holy book Bhagavad-Gita solves the puzzle of "OM TAT SAT". These three words indicate supreme absolute truth since the beginning of creation. The Brahmanas used these symbolic representations while chanting hymns of Vedas and during sacrifices for the appeasement of the Supreme God. OM This is the sacred sound and spiritual symbol in Hinduism. Even God Shri Krisna declare in Bhagavad-Gita that he is sacred syllable called OM which is used by transcendentalist before commencement of penance, sacrifice, charity. It is a symbol of consciousness or soul. It is also used in Buddhism and Jainism. Most of the powerful mantras to evoke God are pr
Post a comment
Read more
More posts